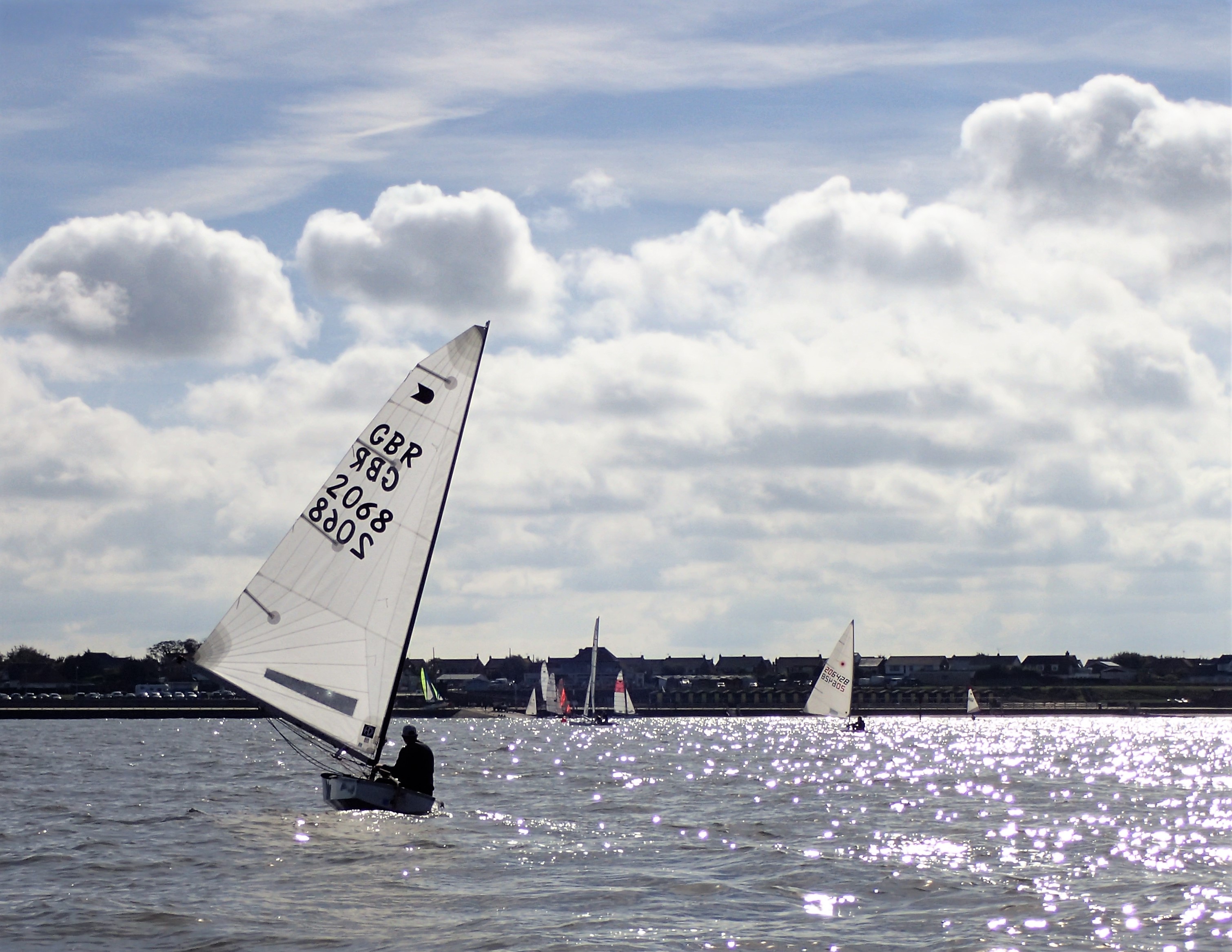 It is generally accepted that our normal sailing waters cover an area from the headland fixed mark to the east of the bay area to the disused Sewer Pipe Buoy to the west and out to sea for approximately 1 nautical mile north to the South Margate Sands.

The slipway provides access to a sandy beach which gives into a base of chalk covered by mussel banks in part and scattered with flints at a level just after the end of the short groyne (this area may or may not be covered in sand due to tidal variations). Beyond this extends a very flat area for some distance out which has some very soft areas, these being only exposed at spring tides or exceptionally low neap tides. There are a number of large mussel banks in the area to the west of the long groyne and out to sea which extend up to and beyond the disused sewer pipe but these are only a problem at lower states of the tide.

To the West of the slipway and for a distance out to sea, a line of buoys protects the swimming area from the boats launching and recovering on the slipway. It is a requirement that we avoid sailing in the area between these buoys and the beach, whenever it is safe to do so.

There is an area of rocks which stretch from the paddling pool in the East end of the bay directly out to sea, these rocks then curve towards Margate and extend some 200 yards out from and follow the line of the promenade. There is also a wreck of an old barge in the bay (The Hero), which is approximately on a line with the sideways slip and the end of the long groyne. This wreck is now such that it is unlikely to cause any real problems unless you try to land in shallow water on it, a most unlikely event.

In the area to the West of the disused sewer pipe (known as the Stink Pipe) you are advised that a multitude of old wooden groyne stumps are present and it is not a good idea to try and land in that area. It is also advisable to stay to seaward of the sewer pipe buoy except at high water.

The tide floods (comes in) from East to West and tide times for racing are printed on the sailing programme provided to all current members annually.